Now You Can Rent Rather Than Buy – But Should You? 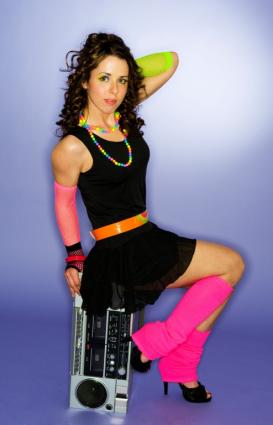 There’s a new trend to rent instead of buy — a way to save money by renting what you only use once or occasionally rather than buying it. And you can make money, too, if you have items to rent. As described by Rob Baedeker in “Rent My Life” in the November 28th Newsweek, a growing number of Americans are becoming “rentrepreneurs” who are finding ways to make money by hiring out their personal belonging. It’s a movement being fueled by new startups dedicated to what some call “collaborative consumption”.

Baedeker describes how he tried out the approach by listing a camping trailer and then threw in an air mattress in his office, which he borrowed from a friend. Fortunately, everything went well when he rented to a man in town for a computer-programming camp, and he had a great experience with a second rental guest who just moved to the area to work as a customer service rep. He then rented out a few other things, including a wagon, blender, weed wacker, and other tools, making about $600 for the two weeks he did this.

I subsequently checked out some of these sites myself, including and , which zero in on people renting things in your own area. Rentalic seemed to be the larger site with 2689 people and 1669 items to rent in the Oakland area, including surrounding cities, such as San Francisco, Hayward, and Berkeley, while SnapGoods only had about 150 people listed. Generally, people include photos of what they are renting, but not always.

See also  Strategies To Bring Out Your Fashion From Within

When I looked at the variety of items and prices, I was especially intrigued by some of the more unusual items, which I thought might make great props for a film or costumes for a party, such as a gorilla suit for $10 a day or a parrot costume for $10 a day. I could even rent a ping pong table for $5 a day.

Yet, this idea of renting from private individuals rather than picking up most of what one wants from stores in town or the local shopping mall raised a number of concerns. First, as a consumer, would I really want to take the time to travel several miles renting a variety of items from different people who live miles apart from one another, even if they are within 5 or 10 miles from me? And then it would take even more time traveling back to return the items.

I can understand how people might want to rent larger items, such as renting a bike for $10 a day or renting unusual hard to get items like the gorilla suit or parrot costume. But people also were offering books for $1-3 a day, such asWhat the Social Classes Owe Each Other, 20th Century Fashion, American Humor, and Twitter Power. Would it be worth spending perhaps an hour or more renting and returning such books, versus finding them in a local library or going online and simply buying them?

My other concern is as a renter. Would it be worth the time of placing ads, fielding calls, and meeting with prospective rentees to make a few dollars for a book or other small item? Even if Baedeker made about $600 in two weeks, that’s only about $300 a week, and it seems like a serious investment of hours to earn this. For many people, the time spent for earning that amount of extra income wouldn’t be worth it.

See also  Make Yourself Look Great With This Advice

Another concern is the potential problems that could occur both for renters and rentees using this approach. For example, even if people are required to have accounts on these services to rent out items or become renters, people can always create online identities. So I wonder how safe this process is, especially for the renter, who has strangers coming to his or her house. There have been reports of Craigslist posters getting robbed by people responding to their ads to sell items or by the people posting to ads finding they have been lured into a trap. This could be a problem for renters using this service, as well.

Then, too, what happens if an item which is rented gets damaged? I read a comment by an insurance agent that there wouldn’t be coverage for renting out property in this way. At least, SnapGoods has an agreement that all parties sign indicating that the company is providing insurance for damages. But if it’s a small item, the time for making a claim might not be worth it.

In short, I think this might be a great service for renting out larger items one isn’t using, as long as one checks out the person who is coming over to rent the item or the person doing the renting. And rentees might find this a great way to get some specialty or larger items. But for the small items, I’m not so sure renting makes sense. It seems like the amount of money earned and the time spent might make this a not very effective way to either earn money or find the items one wants. But at least it might be a great way to meet one’s neighbors, while being cautious that one isn’t meeting a robber or worse.