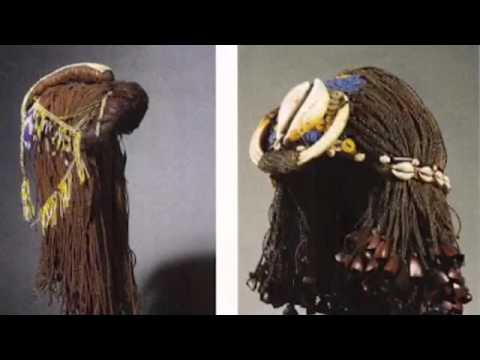 Recently, I discovered an article called “Attention Shopaholics” that was published in The Hindu, an Indian newspaper. To get a better idea about compulsive shopping in an Indian context, I contacted Dr. Sanjay Chugh, who was quoted extensively in the article. He is the Senior Consultant Psychiatrist at the Sir Ganga Ram Hospital in New Delhi in addition to having an active private practice. Here’s the text of our conversation.

SC: Before I begin to answer your questions, I think it is important for us to have some understanding of the context in which we are viewing Compulsive Buying.

India is a developing country. As you said, India has a huge amount of diversity in terms of culture, languages, beliefs, and socio-economic status. While you can see a lot of affluence in the metropolitan cities, you can also see abject poverty. The economy is improving and so is buying power.

Mental health has just begun to get some attention in India. There’s a great deal of work that’s required. The population is huge and the facilities are very limited. Til very recent times, consulting a psychiatrist was considered taboo. Now people, especially in the bigger cities, have started treating it like any other stream of medical help.

Disorders like Compulsive Buying are not considered a very serious matter by the general population. Shopping is considered to be a very normal behavior and also a mood elevator at times. Many people suffering with this disorder remain disguised for years because people feel that it is normal to shop.

AB: Do you know anything about the prevalence of compulsive buying in India? Does it seem to be on the increase as a result of modernization and globalization?

SC: It would be difficult to give you statistics on this one but compulsive buying has been around for a long time now, and it is only on the rise. One explanation for this could also be the fact that now the levels of awareness about mental health issues are much better than before. People are not only able to recognize that compulsive buying could be a treatable disorder, but are also much more receptive to psychiatric / psychological help.

Yes, modernization and globalization along with the growing economy have all made it easier for an individual to become a compulsive buyer.

AB: Do you know if there are any published papers in Indian journals about compulsive buying? I haven’t found any in my literature searches.

SC: No, I do not know of any papers published on this subject in India. It is a very unlikely theme for a paper in India! If I come across one, I will let you know.

AB: How does it breakdown along religious and/or caste lines? What are the demographics of the typical, if there is one, compulsive buyer in India?

SC: One will need to conduct a large scale, in-depth study to get the demographics on this one. In my own practice, I have come across mostly females exhibiting this disorder. The age group would begin roughly around early 20s. I can’t really give an end point to this one as very often, the family members would get the affected person here after years of damage and suffering.

AB: Does it affect both men and women and if so, in what proportion? Do they seem to buy different things?

SC: Yes, if affects both genders. But in my experience, I have seen more women than men. Women tend to shop for things like clothes, accessories, shoes, cosmetics, bags etc. Men shop for gadgets, tools etc.

AB: What are the associated disorders among compulsive buyers in India?

SC: Some of the associated disorders are OCD, Depression, Substance Abuse, and Eating Disorders.

AB: Are there therapists in India that you know of who treat this problem specifically?

SC: In India, with the imbalanced demand-supply ratio, there are hardly any therapists who can stick to being specialists of one disorder. The therapists here need to cater to all sorts of disorders.

AB: Are there any treatment centers that focus on shopping addiction?

SC: I am not aware of any dedicated centers of this kind in India, and I’m very sure I would have known of such a clinic.

AB: Are there recent economic and political developments that explain any of the things we’ve talked about?

SC: Yes, in a way. The economic growth and the increased buying power of Indians has certainly added to this problem. Also, India is now much more open to imports and foreign stores /food chains etc. With a greater variety of things to buy, I am sure the temptations for the shopaholic only increase.

AB: In the U.S., compulsive buying is considered the “smiled-upon” addiction, because consumption fuels our economy. How is it viewed in India? Of course, I realize that India is a very big country with many constituencies, so that there may not be a dominant Indian view of compulsive buying.

See also  Businesses That Can Benefit From Promotional Bags

SC: Well, this is one thing where the entire country might be united because, as I said earlier, buying is something that people associate with normal behavior. So, compulsive buying is not really considered to be a disorder. People may not like it and may suffer losses due to it, but it still takes some talking to make them understand that this is a disorder. All the cases we have seen so far at this center were brought in for some other disorder. It was only in the course of treatment that compulsive buying was discovered.

AB: What kinds of treatment approaches are currently used for compulsive buying in India?

SC: At my clinic, we largely use a lot of Cognitive Behavior Therapy with people who are compulsive buyers. I have also used Naltrexone in a lot of my clients. The other modalities that we often use in combination and have found good results with are Hypnotherapy and RTMS (Repetitive Transcranial Magnetic Stimulation).

Having begun a dialogue, Dr. Chugh and I plan to check in with each other every so often to compare notes.